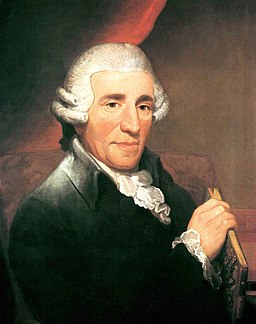 Joseph Haydn, born March 31, 1732, was an Austrian composer. Haydn had involvement in the development of chamber music and is sometimes known as the “Father of the Symphony” and “Father of the String Quartet.”

Haydn was a court musician for a good portion of his career, which largely isolated him from other composers and music trends.

A celebrated European composer, Haydn was friend and mentor to Wolfgang Amadeus Mozart and teacher to Ludwig von Beethoven. Haydn passed away May 31, 1809.

Hand-curated by voice type, a selection of texts available on IPA Source, as set by Joseph Haydn:

Listen to Sally Matthews with the London Symphony Orchestra: https://youtu.be/BQoNM-f9G0w

Are you interested in The Fach System? Check out our blog series here.

We’re celebrating Jacques Offenbach’s birthday this month. Offenbach was born June 20, 1819. Here, categorized by voice type / Fach, are some hand-selected texts from our database, along with recommended recordings.

We’re celebrating the birthday of Charles Gounod this month. Gounod was born June 17, 1818. Here, categorized by voice type / Fach, are some hand-selected texts from our database, along with recommended recordings.

The image of Charles Gounod is By Nadar (a.k.a. Gaspard-Félix Tournachon, 1820–1910): Photographer Adam Cuerden – Restoration. [Public domain or Public domain], via Wikimedia Commons

Interested in The Fach System? Check out our blog series here.

We’re celebrating Richard Strauss’s birthday this month. Strauss was born June 11, 1864. Here, categorized by voice type / Fach, are some hand-selected texts from our database, along with recommended recordings.

The image of Richard Strauss is by Max Liebermann [Public domain], via Wikimedia Commons

Interested in The Fach System? Check out our blog series here.

With the possible exception of the Baßbuffo, there is no such thing as a lyric or dramatic classification for the bass voice. The true Italian buffo, the German Spielbaß, has a somewhat lighter voice than the other basses but still must produce a considerable amount of sound as he sings the lowest voice in ensembles and more often than not over the entire orchestra. Here the four bass Fächer are presented in the two main divisions, the Spiel- and Charakterfächer and the Seriöserfach. Follow the links to both sound examples and an extensive listing of typical roles and arias.

Within the category of Spielbass there is a division made considering both physical and vocal size. The lighter Spielbass or Bassbuffo, the true Italian buffo, possesses a flexible and expressive voice. He must be an excellent actor and have very good language facility. The classic roles of the Italian literature are his; Leporello in Don Giovanni, Don Bartolo in Il barbiere di Siviglia, Don Magnifico in La cenerentola, Dulcamara in L’elisir d’amore, and the title role in Don Pasquale. In the German repertoire, he sings Baculus in Der Wildschütz, Truffaldin in Ariadne aus Naxos and, if his voice has the requisite high notes, the Beckmesser in Die Meistersinger von Nürnberg.

The singer who sings the repertoire of the Schwerer Spielbass must above all be large in voice and body. The true test of the heavy buffo voice are the roles of Falstaff in Die lustigen Weiber von Windsor, Osmin in Die Entführung aus dem Serail, and Baron Ochs in Der Rosenkavalier. He must possess a great comic flair for such roles as Kecal in The Bartered Bride and van Bett in Zar und Zimmermann and the ability of fine characterization in the roles of Basilio in Il barbiere di Siviglia, and Colline in La bohème. His German repertoire includes the roles of Daland in Der fliegende Holländer and Kaspar in Der Freischütz. This is a typical German Fach which very much rests on physical type and vocal power.

The Charakterbass in the German theater has one of the largest repertoires of all the voice categories, tends to be on the stage every night. The voice generally has a more refined, Italianate sound than the Seriöserbass and lies a bit higher. Although he can usually sing the repertoire of either the Seriöser– or Spielfach, he lacks either the physical or vocal size or the acting ability that would make his portrayal of the leading characters acceptable. Most often he is relegated to secondary roles of a supportive type: he is the friend, the father, or wise man in the opera: Zuniga in Carmen, Warlaam in Boris, Angelotti in Tosca, Don Ferrando in both Fidelio and Il trovatore the Großinquisitor in Don Carlo and the King in Aida. A few major roles way, Figaro in Le nozze di Figaro and Don Alfonso in Così fan tutte. If the voice is large enough he may also sing roles from both the Seriöser– and Schwerer Spielbass Fächer such as Daland in Der Fliegenden Holländer, Mephisto in Faust, and Hunding in Die Walküre.

This is the Fach which includes the very deep, basso profundo, roles, such as Sarastro in Die Zauberflöte and the leading dramatic basses including Filippo in Don Carlo, Marke in Tristan und Isolde and Heinrich in Lohingrin. Like the Charakterbass Fach, it also includes many smaller roles. This Fach demands an imposing figure, a large, dark voice, a great deal of intelligence and sensitivity in acting, and the kind of personality which inspires confidence. Although included in this Fach are the great Italian bass roles, the Seriöserbass in the German theater has a darker rougher sound than his Italian counterpart.

(This article is the eighth part in the series on the German Fach System and is based on information derived from Rudolf Kloiber’s “Handbuch der Oper”, 9th edition, Deutschen Taschenbuch Verlag. Read the first part of this series here.)

Singers of the baritone Fach are divided into four categories with characters ranging from the light and agile friend and companion to kings and gods. The sheer versatility of the baritone voice makes the baritone a very busy man in any opera house. Follow the links to both sound examples and an extensive listing of typical roles and audition arias.

The Lyischerbariton is an extremely important singer in the German opera house as he sings many supporting roles of diverse character leaving the meaty roles to the more dramatic baritone voice. The voice is a supple, flexible instrument with a mellow line an extended top. It is not necessary to have a high A flat to sing this Fach but a solid high G is a must. This baritone must be a good actor with great facility in all languages and able to sing equally well in all registers of his voice. Typical Lyrisherbariton / Spielbariton roles include Papageno in Die Zauberflöte, Figaro in Il barbiere di Siviglia, Malatesta in Don Pasquale, Harlekin in Ariadne auf Naxos, Silvio in Pagliacci, and Dandini in La cenerentola.

A powerful Zwischenfach voice capable of fine nuance and characterization.

This Fach includes the roles generally associated with the Verdi and Puccini repertoire. This baritone must be a “heavy” on stage and possess a powerful sound, commanding appearance, and have a ringing high voice. The main roles for Charakterbariton include the standard Verdi roles such as the title role in Rigoletto,  Iago in Otello, and the heavier Puccini roles of Scarpia in Tosca, Marcel in Il tabarro, and the title role in Gianni Schicchi. His German repertoire includes the Musiklehrer in Ariadne auf Naxos, the four villains in Hoffmanns Erzählungen, Alberich in Wagner’s Ring, and Klingsor in Parsifal.

The Kavalierbariton has a somewhat heavier voice than the Spielbariton and plays a more important role on the stage. He must be attractive enough to play Mandryka in Arabella, the title role in Eugen Onegin, and the Don in Don Giovanni. Unlike the Lyrischerbariton, he has a noble, baritonal quality with a metallic edge that allows him to sing both lyric and dramatic phrases with ease. He must also have the vocal beauty to sing the Rodrigo in Don Carlo and father Germont in La traviata. Furthermore, he is generally entrusted with the role of the Count in both Le nozze di Figaro and Der Wildschütz.

A heavy, projecting instrument, that not only has a soaring top, but also a smooth, carrying middle and low register.

This Fach is a child of the German opera and is primarily reserved for the exceptionally heavy Verdi roles, such as Amonasro in Aïda and the Wagner roles including Kurvenal in Tristan, Telramund in Lohengrin, and Wotan. The voice must be big and have the ability to sound cruel, and yet have tremendous expansive ability. It helps to be a large person in this Fach but it is not absolutely necessary.

(This article is the seventh part in the series on the German Fach System and is based on information derived from Rudolf Kloiber’s “Handbuch der Oper”, 9th edition, Deutschen Taschenbuch Verlag. Read the first part of this series here.)